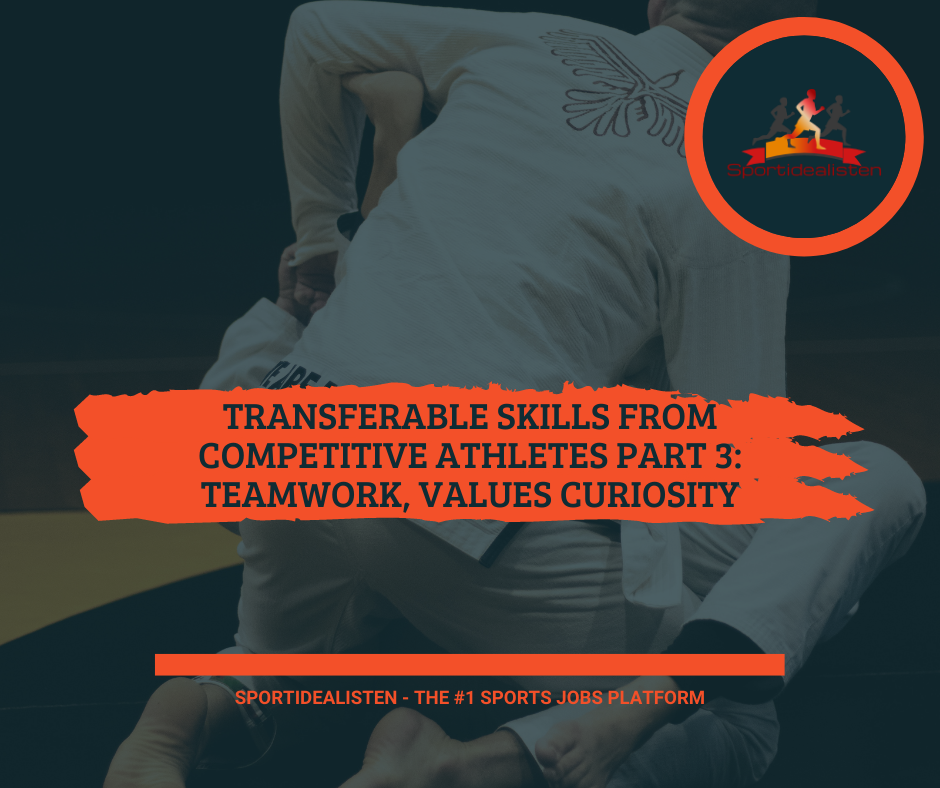 This is the third article in our four-part series discovering what transferable skills we can learn and gain from sports. As an athlete there are many great skills being developed like teamwork, curiosity, and values and those are not only for an athlete, these skills can be useful in other contexts too, for example in an entrepreneur’s environment. In this article, we get an interesting insight Rob Haans, who has won three individual world championship gold medals and has been the coach of the Swedish national team in jujutsu. He talks about, among other things, how curiosity has given him success and how important it is to create a strong team.

Transferable skills from athletes: Skills you gain as an athlete

This is a four-part series where we share the conversation from a panel discussion from an entrepreneurial competition during spring 2020. We have divided each athlete’s story and experience into a separate blog post. Usually, when we are talking about skills, we are talking about skills needed in different jobs. Job ads contain some required skills for a role or some preferable skills needed. Even if you don’t have that skill from previous job experiences you might already have the skill from other experiences. This is called a “transferable skill”. Learn more about transferable skills here.

In the first part of the Transferable skills from competitive athletes four-part series we share a great story from Susanna Gunnarsson, one of Sweden’s most successful canoeists and she explained how to develop the secret to her successes and why it is her strongest skill. After that we had the second part Skills you gain as an athlete – Balance and focus where one of the best Martial Arts athletes, William share about the importance of balance and focus.

How to succeed thanks to curiosity

In the third part of our series about transferable skills from competitive athletes we meet Rob Haans, who has won three individual world championship gold medals and has been the coach of the Swedish national team in jujutsu. He talks about, among other things, how curiosity, teamwork and values has given him success and how important it is to create a strong team.

When competing in jujutsu, Rob Haans won three world championship gold medals and became the first to do in three different weight classes. On two occasions he won the World Games (Olympic Games for sports outside of the Olympic program). He competed for Holland but has been the coach of the Swedish national team for nine years.

What goal has driven you – is it money and medals?

– Not at all. Of course, it would have been much easier if I had earned money, but I started with the sport because I wanted to exercise. I originally competed in judo, but an injury meant that my coach recommended jujutsu as rehab. When I started with jujutsu, I was already a trainer in Fitness and Martial Arts. I was curious about new sports and jujutsu appealed to my creative side. So, I began to compete and joined the national team and felt that I could develop as an athlete and person by continuing. My coach put the person first, then the athlete. It is a concept that I have adopted as a red thread throughout my whole career – both as an athlete and then as a coach.

How do you ‘crack the code’ for a new sport?

– Something you should never take away from yourself is curiosity and to be open. You should never forget your inner child. As a Dutch person this is part of our culture – to first try and then decide. You should not settle with being the best in your own world, but rather be open and surprised by what others are doing and not to close any doors. Curiosity is key.

After your competitive career you became the coach of the Swedish national team. In a short time there has been almost one hundred championship medals won. Why is this?

– I think it was important that at the first camp I made it clear that despite being Dutch, I work for Sweden and we are a team that is doing this together, what we call teamwork. Each person is on their own on the floor, but without each other we have nothing. Right from the start we set values and created a strong culture. We lost many athletes in the beginning who did not want to go along with this, but we gained others that succeeded in winning medals. The deputy coach Michael Kuntz and I started what we called Team Sweden Jujutsu – but the official name was the “Swedish Jujutsu National Team”. We thought it was important that Team came first, as we put the culture and values of the team as the most important thing.

Togetherness and teamwork have always been the focus, but at the same time everyone in the team has had the opportunity to develop individually and we have always placed an emphasis on individual driving forces and personal requirements. We want to train them to be athletes instead of “just” doing what we say. We hope they have learned to take responsibility on their own and be able to enjoy their own sporting career.

– Being a team was pivotal even in the national team management. We shared visions and values with the team and there was a sense of responsibility and a high-quality standard in all the coaches. I am extremely grateful that I have had the honor of working with them all these years!

– After nine years working with the national team, we hosted the World Championships at the Baltic Hall in Malmö. During the team competition it was William Seth-Wenzel who, after winning gold individually, took on a leadership role and guided the team so that they actively decided what was a good preparation for the team competition. It was a fantastic experience for us all. The athletes took it on themselves and did what felt right, finally taking home a bronze medal, which was a big deal. We had developed a culture with strong values that gave this result and it felt much better than any individual medal. In doing so, we got the reward for everything we had worked on from the beginning. Team, We, Hard work, Take responsibility, Enjoy and Pride are keywords that were shared by everyone who competed in the Baltic Hall during the team competition and afterward.

Rob, you have also worked with groups and teams as part of xPlot. What is it you are doing?

– My colleagues at xPlot have a long background in innovation and entrepreneurship and they see the link with the sport, because in many ways it set the same requirements on the individual. The answer to how to move forward with a business concept is not always envisaged alone, but it can be good to have someone that explains how to proceed. An important part is to see how you can establish a business and still have a life. You should always make it able to last.

How can an entrepreneur have a sustainable personal life?

– Those working in startups are in many ways like elite athletes with a strong desire to achieve something. You are looking for opportunities but may not have all the knowledge required. Then you get to see who can help to build a team. You cannot do everything alone without needing other people around you. Whoever builds a strong team has the greatest chance to succeed.

If you missed the first or second or fourth part about Mental strength, Balance and Focus, Pressure and Solely responsible check them out here.

Next up, working systematically

In the last and final part (part 4) will learn about the professional boxer Klara Svensson, who talks about the importance of working systematically without any side-stepping or excuses.

This story is made by Caroline Wendt at Future By Lund and the original story comes from here: Personal durability, Part 3: Rob Haans “Whoever builds a strong team has the greatest chance to succeed”. 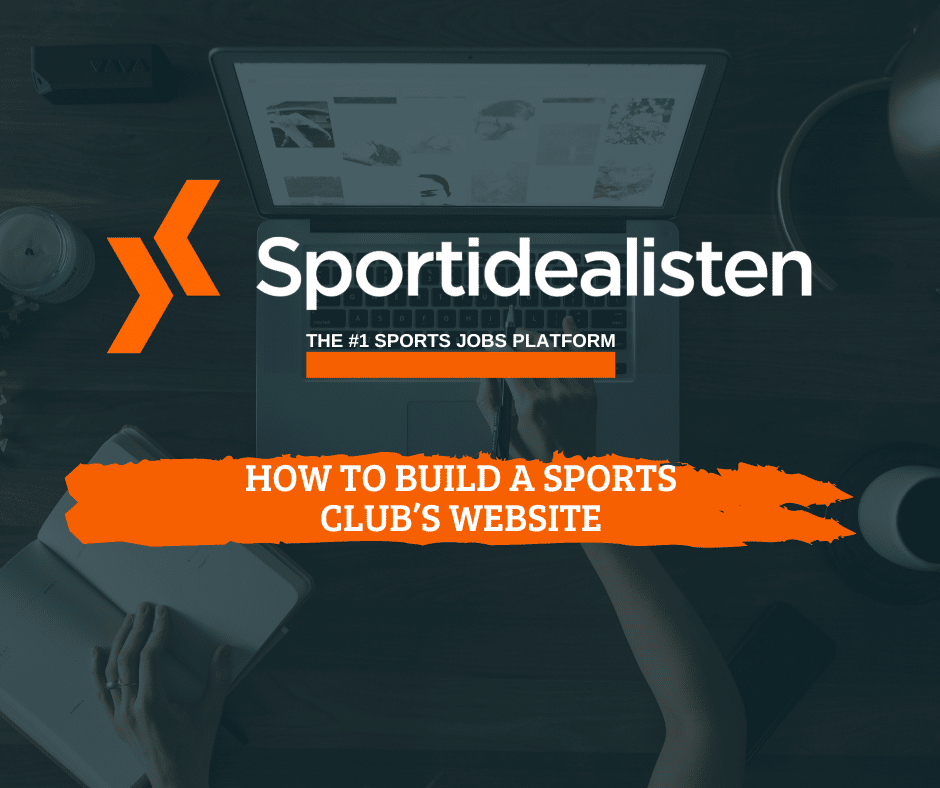 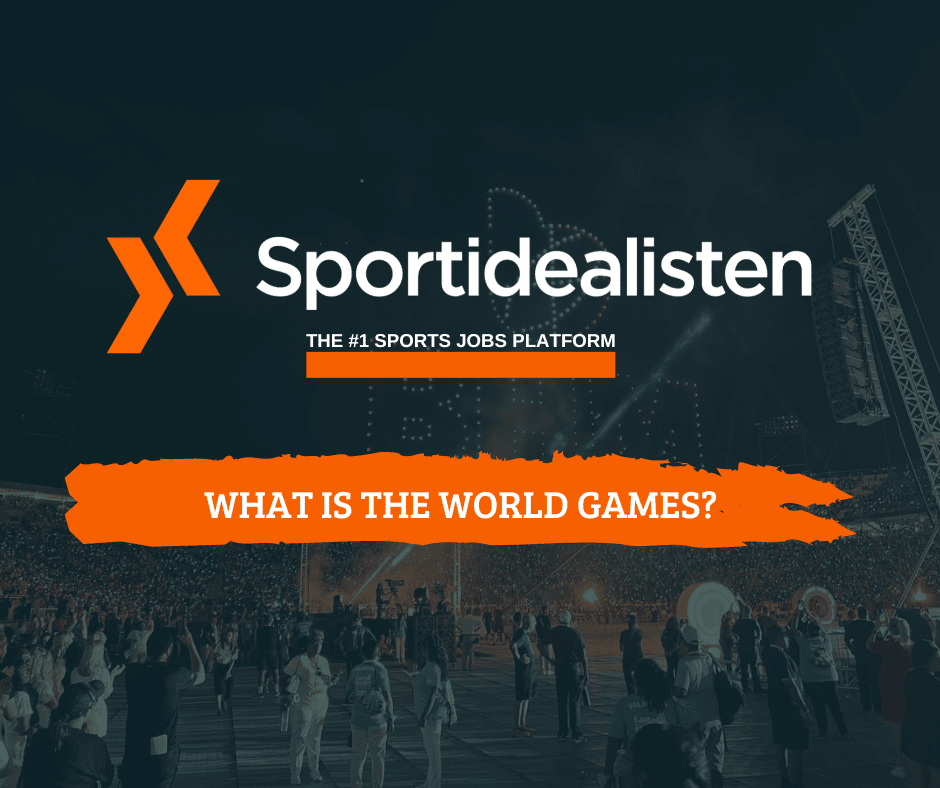 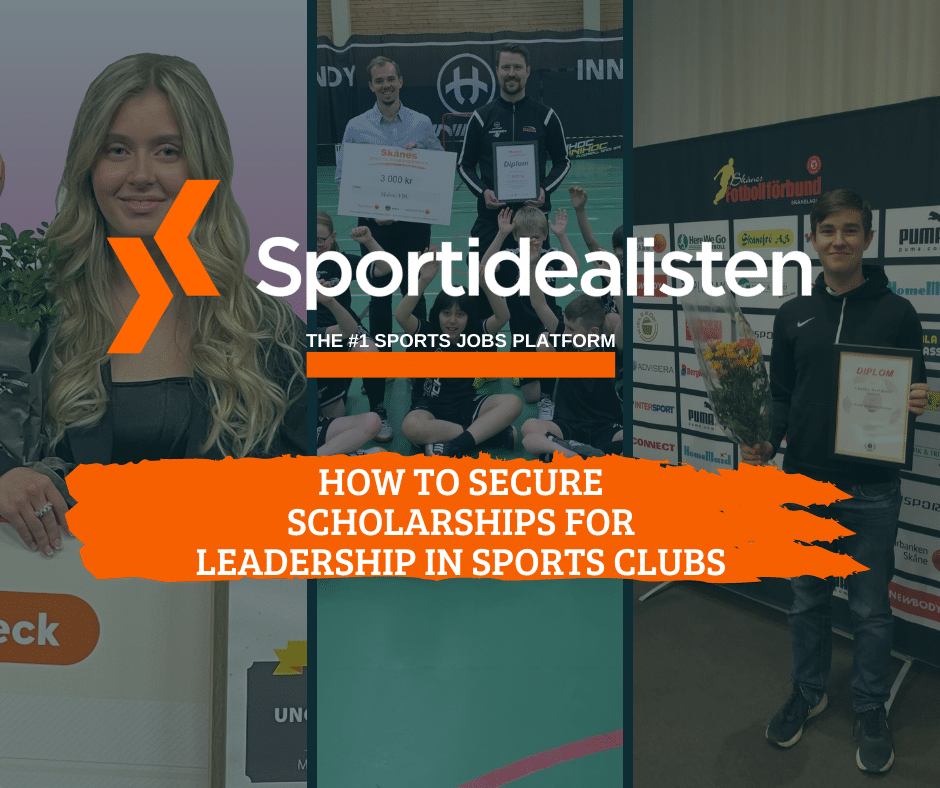